June was a busy time we always try and get to work on one of the projects each week sadly one of the days in June was a Shed shunt which I shall share that footage as a Patreon and YouTube Membership only.  So what was done in June. Well we had lots of the welding done by Shaun after the welder we paid has done one We are in a process of reclaiming this money which as it was a friend it is rather disappointing.

What have we spent? Well a lot of money and a lot of it was the kind donations given by the viewers and you the Patreon’s. We got a New Shock, some new tools to help with this job and others. with many thanks to Shaun and Callum we have a new battery after a accident with the old one. We ordered and have some of the steel that is needed, A new washer motor, and Rubber mounts for the silencer. How ever when we go for MOT Mark is well in with the tester and we are going to see what the legal requirements are to straight pipe the bus, You may ask why and when you hear it in person it sound wicked and it will stand out from the crowd it also as the silencer doesn’t have too much life left in it. It will save money.

Other jobs that have been completed are the DG3 has been moved, The front desti blind has been relocated and straighten, The red paint that looked like a 2yo had been let loose has all be removed, Washer motor has been replaced and works, A new Shock has been put on, Coolant light has been fixed at the back and the biggest and most frustrated job we had was fitting the Oil Presser gauge and sensor this was done with the help of other vehicles in the shed that we could see there the sensor/ sender went etc and then it was a case of finding out what wires they had changed in the cab this was a guess work and over an hour work and managed to find the combination. We also managed to realign the front and for possible the first time from factory the front is straight, It is clear it has had a front end impact.

During July were are hoping to move closer to the front where we can wash 7176 and I can start to reprep for painting alone. Shaun plans on creating the panels for under the wheel arches and finish the welding at the rear with the extra 3mm steel that we have been donated by TDTT which was for the TV and Film bus which has now been scrapped and between Mancbuses and 374&96 group are buying parts from the vehicle some on the chance of we may need them in the future. We are even looking at the steering wheel as it has a much better wheel on the vehicle then is on 7176. As always we will keep you as posted as we possible can.

Once again our management team has taken a little set back and I am having to take a lot more on again so I do apologize for gaps. I am now focusing on getting the August videos up and sorted out however we havn’t been doing to much filming as its all been little crappy jobs. 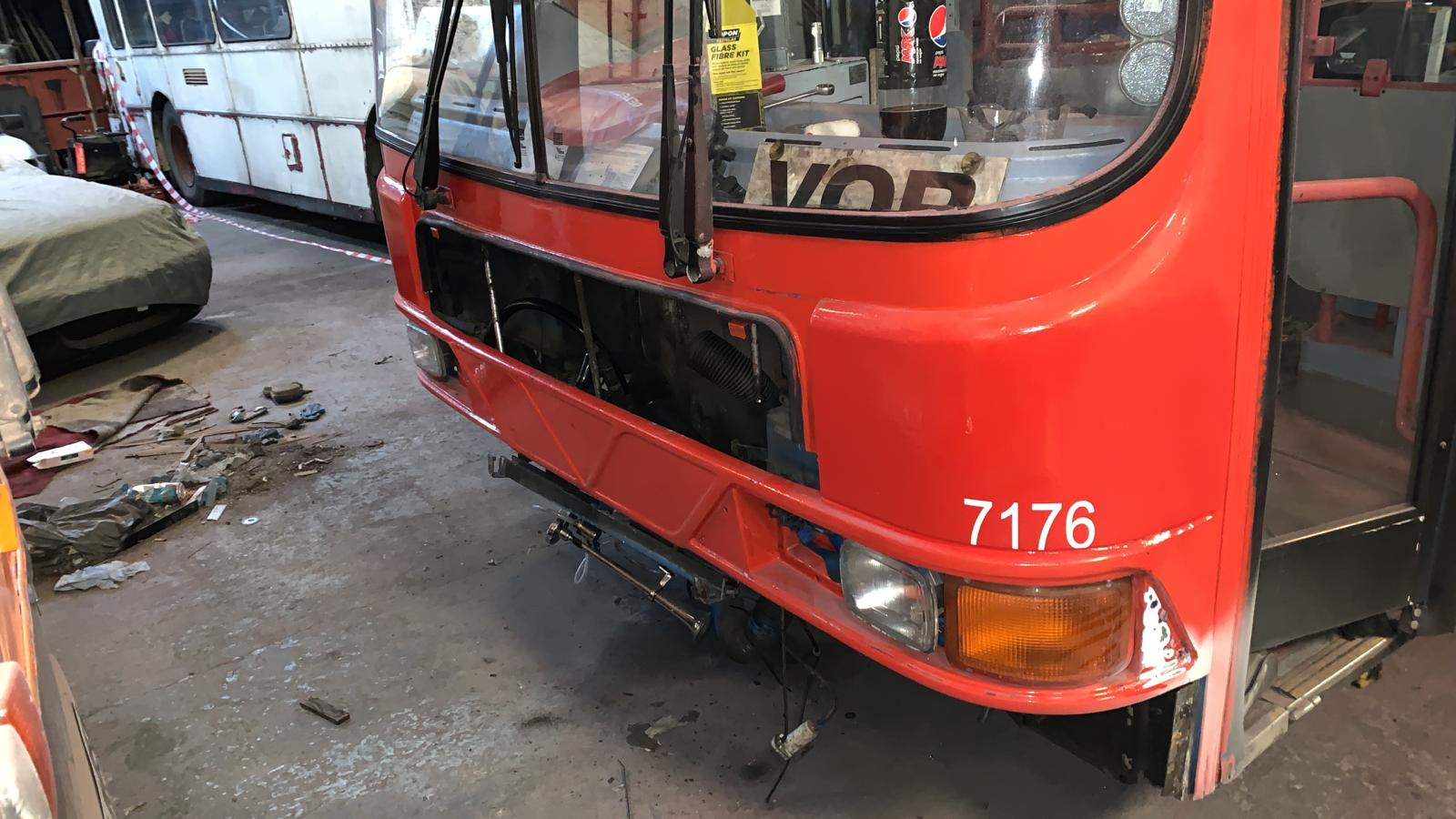 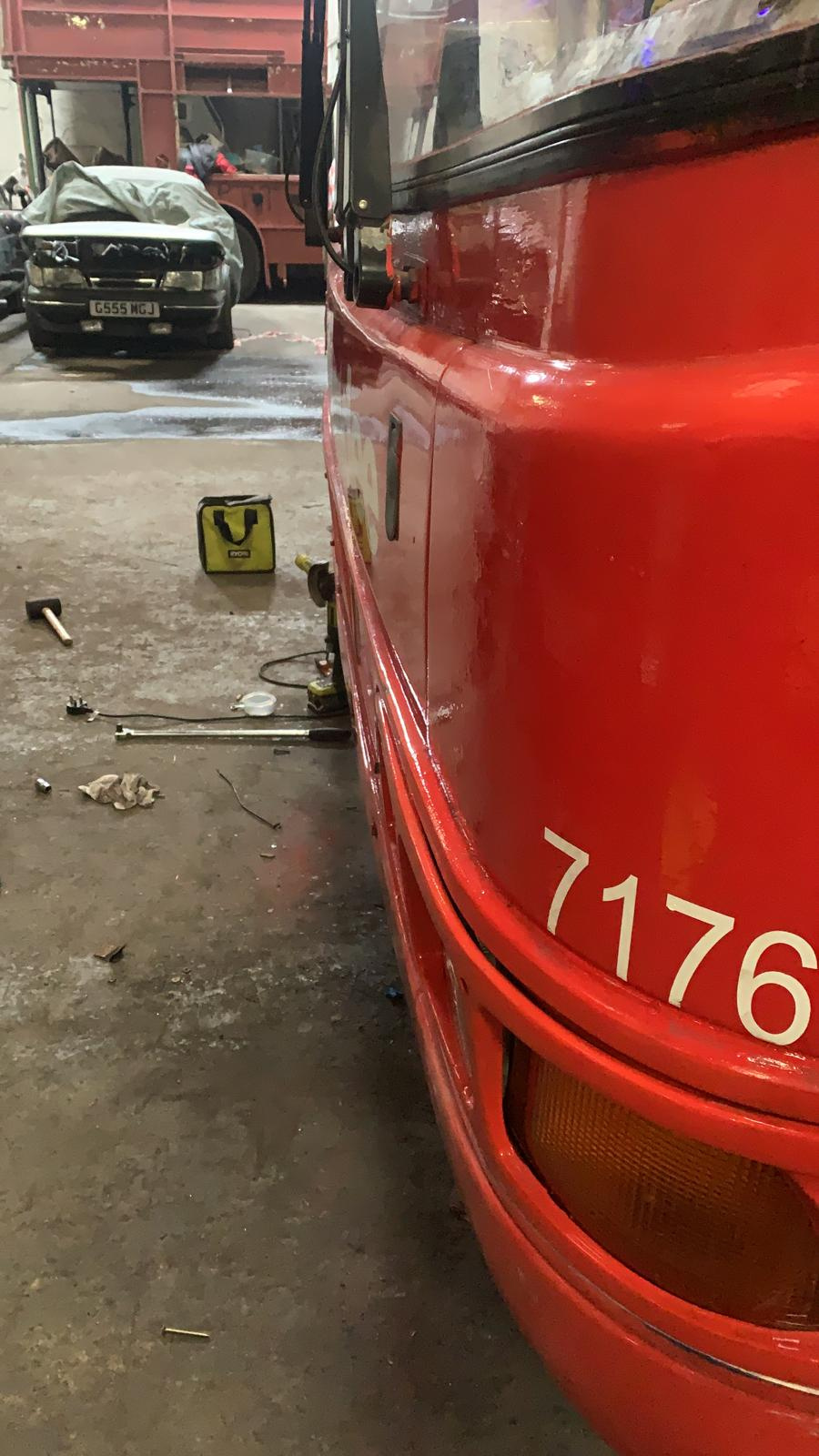 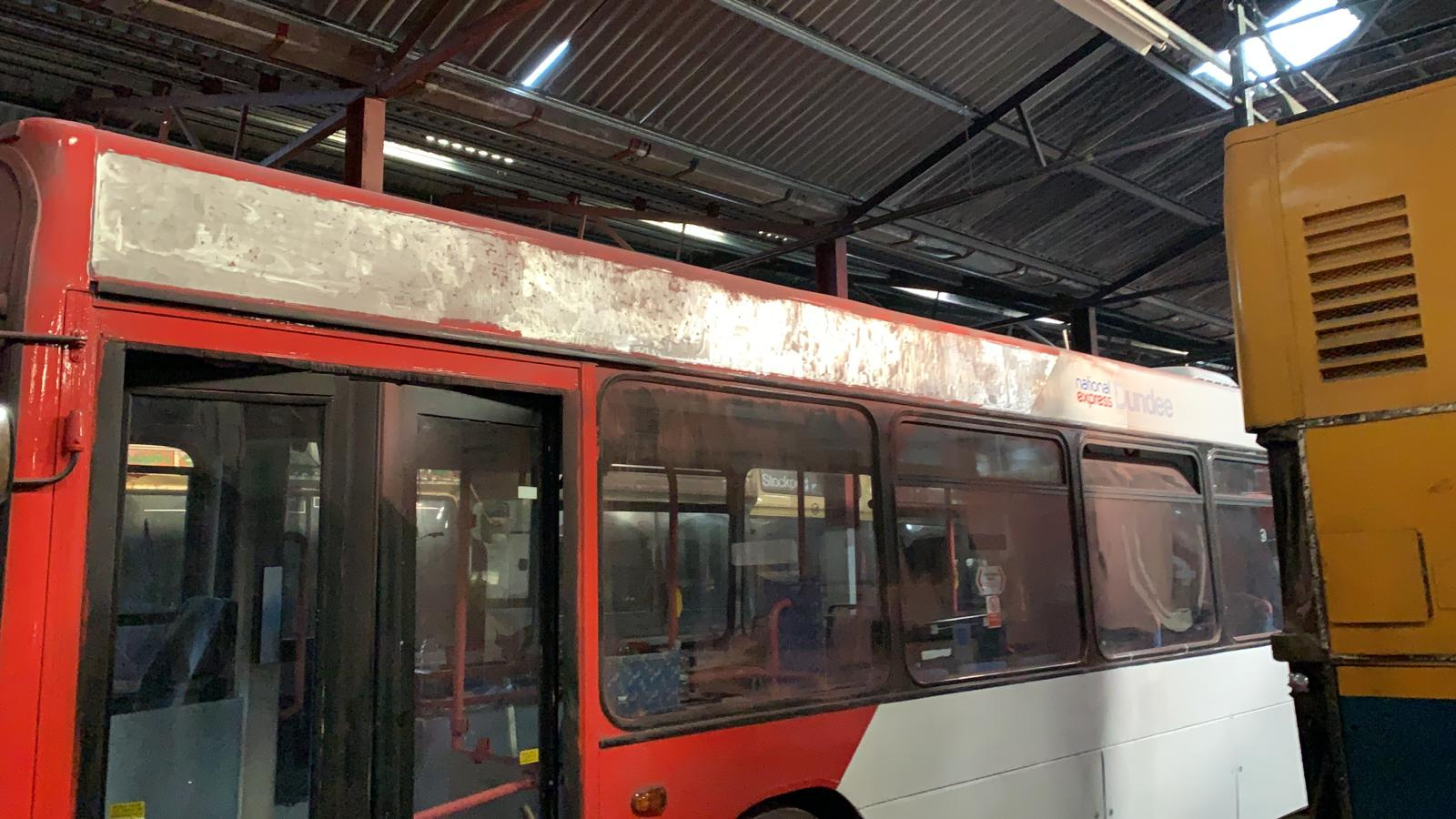 Average few hours at the shed